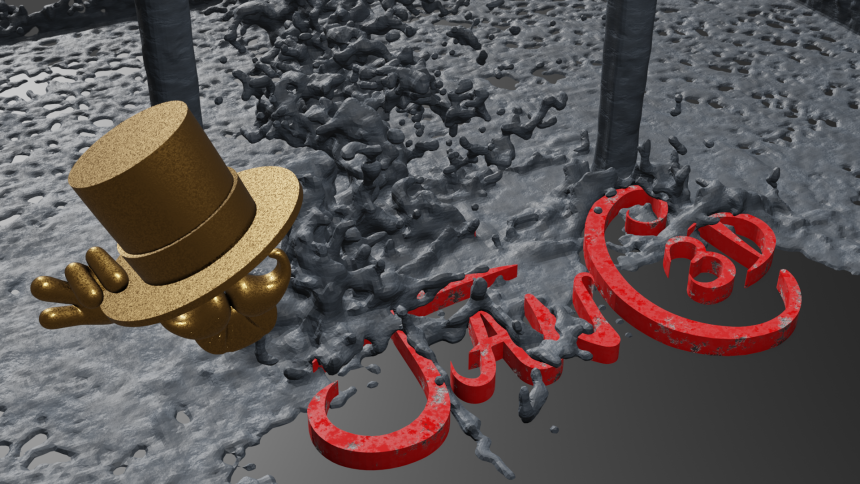 Fact is, I’ve been so busy putting the actual show together, I haven’t had a minute to update the site. On one hand, that’s a good thing. If I’m constantly on social media and constantly moaning in this journal, that should indicate that I’m getting nothing done.

Any negative things that may have gone on has to be my disappointment with all things Blender Render Farming. Either one service only uses cycles and doesn’t use Evee. Or another service charges astronomical prices verses another one that maybe a lot cheaper but doesn’t use a particular version of Blender. Blender is an amazing software but it’s hard to keep up with which version is supported with the masses. You can be working on 3.0, but the service you might want only uses 2.8. Open up what you’re doing in 2.8 and there are things in that version not supported yet. You can end up with five or more different versions of Blender in your directory and then guess what? New version of Blender is coming out tomorrow.

But, I’ve been a devoted Blender-man for the past few months now. I don’t remember when I even opened up Maya for anything. I’m still opening 3DS Max to move objects around but thats about it. Blender has proven to be better and faster with everything from rigging a character to physics. Yeah, it has some quirks that can be a tad annoying, but they seem to produce a new version (see above) that fixes the issues. Too many versions, but who am I to complain about a free working powerhouse that’s getting this project off the ground. Bootleg or even student edition of Maya had more problems than it’s worth.

The pre-marketing animation is the test run, kink-fixer I needed to make the 4Flights production a lot easier. Basically put something out smaller, sooner to fix all the future problems and start building momentum toward the fall releases.