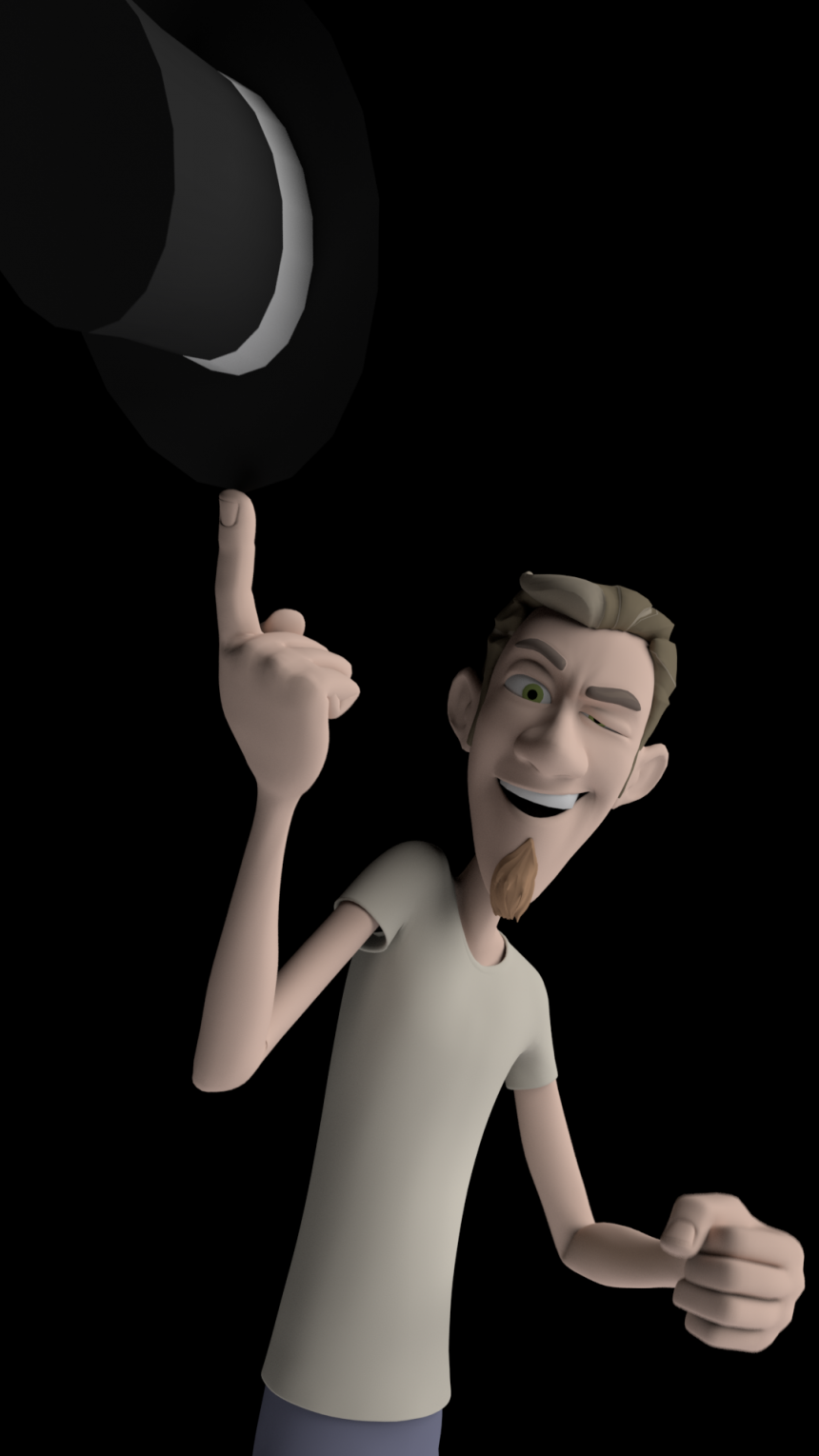 It’s finally done. Or…how about this: “it’s as done as I’m letting it be.” If I didn’t stop here, I’d be nitpicking every frame and still unhappy with the finished product. I already went six days over the 30-day frame when I started back on September 25th.

There are a number of glaring issues I’m letting go of in order to stop and move forward. Of course, I’ll do better on the next one. This project was created with a few things in mind:

First, to stop beating myself up over animation techniques. Do it, finish it, move on to the next one with lessons learned. Improve by doing. Can’t stop now and pick it up one year, five years …ten years later.

Second, I’m not animating for ‘animators’. Each project is really for non-animators looking for entertainment. Never did I realize that more than when I was watching someone’s fantastic animation reel and posts online. He then went and got an internship at Cartoon Network and all that amazing talent was dumbed down to animate something really childish. In the end, we do this for others not in the business to enjoy. That’s the true bottom line.

New York came out of a chance listening on Spotify earlier this summer. Thought it would be cool to have a character sing a portion of it. Very powerful and emotional song. The version I’m posting on TikTok has informative text about the song and dedication to my daughter, Tiffany, for encouraging me to get back in the saddle.

So, without further ado: the next animation.

Music-based again. One I wanted to do back in 2007. Heard the song recently and decided, just to knock it off the bucket list of ideas, I’m just going to knock it out the box.

Song: Flava in ya ear remix.