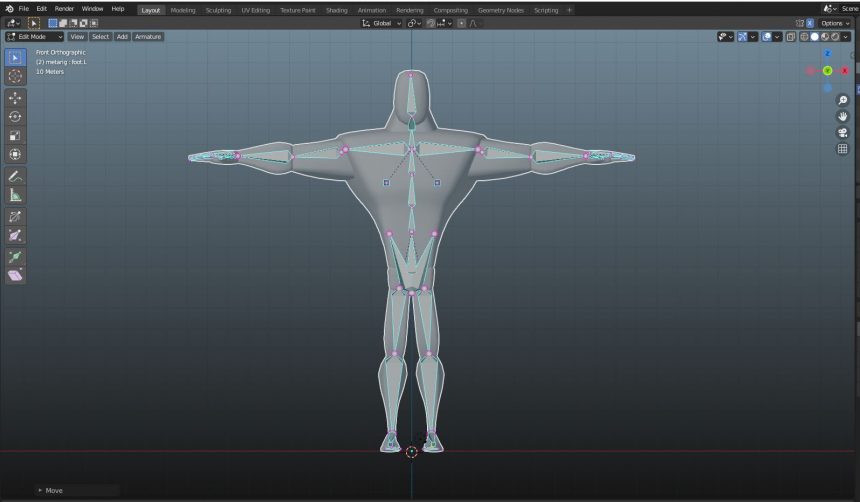 Turns out the rigging experience in Blender is fairly straightforward. The only issue I had was watching some of the rigify tutorials. Not everyone provides the same information. One guy will conveniently forget to tell you to switch from one mode to the other; leaving you wondering where things are and how they got there. Another will be moving so quickly you had to wonder why he even bothered to make a tutorial. If I was to ever get into tutorial-making, I would most definitely:

I’m sure most of these guys mean well, but some of them like to put on a show with all the jokey-jokes when, at least for me, I need you to just get right to it.

So, I exported over a model from the Body Mechanics Collection and followed not one, but four different Rigify tutorials because they each left something out. I think the core issue I had when they all said to ‘select the mesh and THEN shift select the rig’ … then a control-P maneuver to create automatic weights … the menu never showed the automatic weights option.

Bottom line, until I find out I’m wrong … what worked was actually select the mesh and then control select the rig. A minor thing but when you’re wondering why things work for others and not for you…. it gets annoying.

Could be because of my environment set up to mimic Maya? Possibly. Yeah, I think that’s it.

Otherwise, the initial process of getting the rig on the character was incredibly easy and with fewer weight issues on the first go than in past years of trying this stuff. 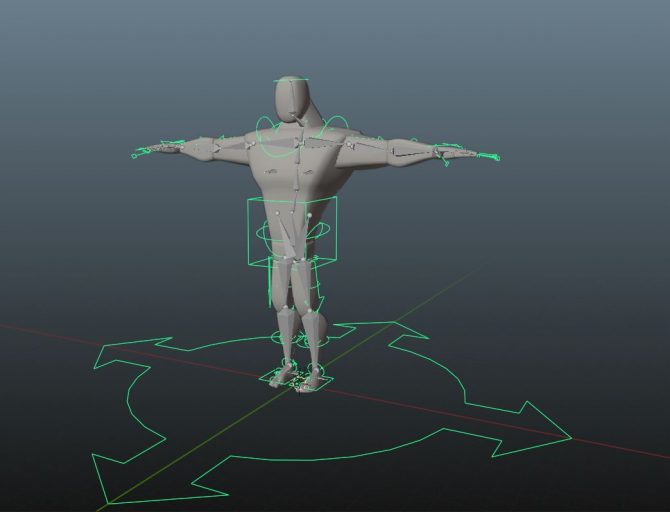 I used Herc from Body Mechanics because it was less complicated than, say, Malcolm or David. I’ll need a weekend to properly add the correct weights and see why some joints moved poorly. Considering I did this in under 15-20 minutes, I like what Blender can do. 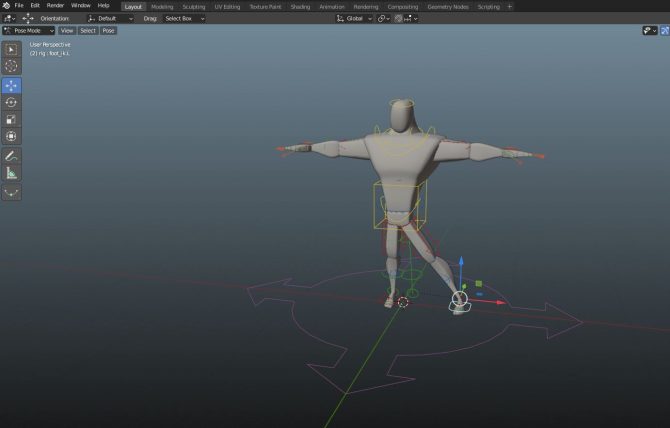 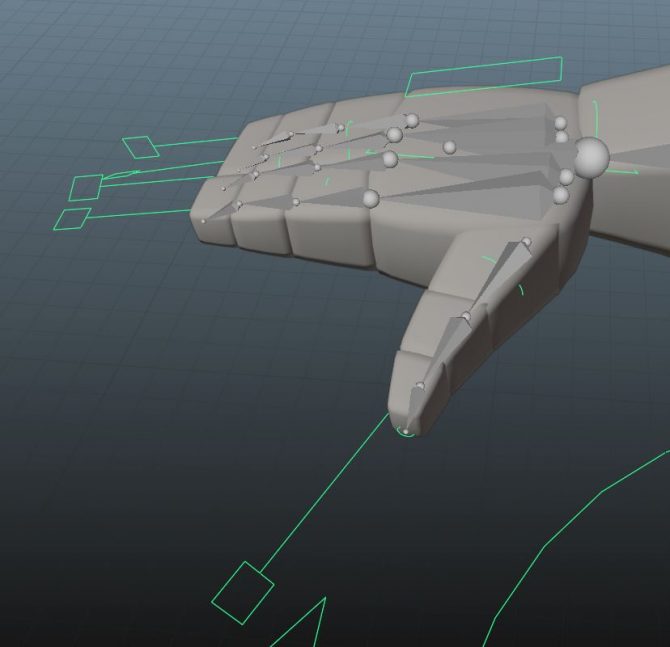 Yeah, I’m going to need a weekend to just focus on making sure I clean up all the right things. In the end, given the right amount of time, I’ll be heading to Blender sooner than later. And bring my favorite rigs with me! That’s a huge plus.

This brings me back to Poser.

It’s common knowledge that Poser objects have insanely dense meshes. Blender has a ‘decimate’ feature I’d like to look into. In the past, attempting to reduce the polys of a Poser model tended to come out with poor results. Daz, too. But damn they go the best collection of pre-made models. As much as I love ZBrush and desire to be a modeler in my heart, that patience level isn’t really in me. At BEST, I can paint and texture, but the elements of that unwrapping process kills me. So, I stick with animation and once in a while dive back into rendering single frame images like I did with my book covers years back.

Score another win for Blender! I’m starting to pack my bags out of Maya and move out.


[In Progress] Animation – Flava in Ya Ear