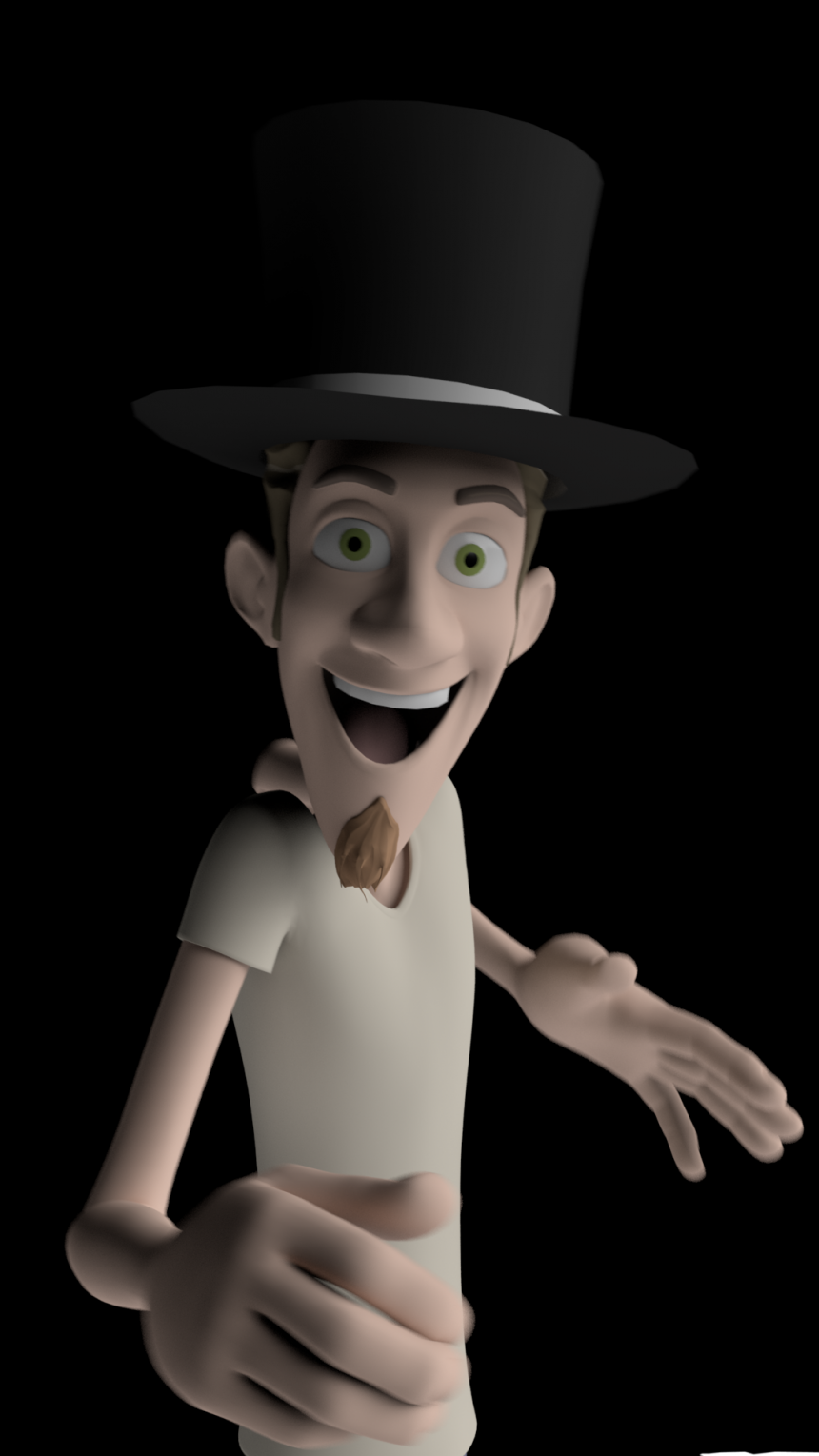 What a strange, long, and turbulent year. The only animation I worked on since late 2020 is what I’m working on right now. The odd and surprising thing is: I love how it’s turning out.

What happened since AnimSchool at the end of 2019? In a nutshell:

But all through 2020 I did zero animation work. Frustrated with the AnimSchool thing, mostly. Any animation ideas I have I would just be piling up in my head and letting the skillset rot, which has been a classic endless loop for years upon years. Let’s face it: I would be likely working for a major studio if I was keenly focused on the skills without taking decade-long breaks between works.

Thing is, I said it before, even though I put it down… when I pick it up, I’m better than the last few times.

Then, one day, my daughter Tiffany (not the one that got sick) asked me to pick back up on the animation and wanted me to keep trying.

So, recently, on September 25th to be specific, I started a short animation project from an earlier idea after I was listening to the Frank Sinatra rendition of the theme to “New York, New York” and I actually finished it a couple of days ago. Almost exactly a month from start to finish. It took so long because I honestly put it down a few times out of frustration. You know, it turns out, at least my animation process, requires refreshing the eyes every couple of days. You can hammer into a project day and night and think everything you’re doing sucks because you’re looking too closely at it. Put it down…walk away for a few days …come back and either see the glaring issues or, truthfully, love what you worked on.

I’m at the “love what I’m doing” state of mind. I honestly found a comfortable stride in the animation process. Something I struggled with longer than I wanted to. I’ll get into the details eventually. Suffice to say, I walked out of AnimSchool with an appreciation for creating reference videos (something I’ve neglected always). So even though it’s been four weeks, that ONE thing made a significant difference.

Am I suggesting you should go to AnimSchool? I’m going to say ‘yes’, if you’re first starting out. Don’t do what I did and spend 30+ years of self-study, go to a formal school on animation to be told something you always knew. That’s my point, really. I’m at this point in my skill set that, animation-wise, I heard it all. I may not actively ‘use’ what I know, which was the problem, but it’s time I am more active on producing and stop being scared.

The “New York, New York” animation reflects better progress and that encouraged me to start the next one. All thanks to my daughter Tiffany.

In fact, she also pointed me toward TikTok, which is where I’ll be posting this work (@FanC3D) and all the following material. I posted the old Shaolin Max video to test the waters.  Not bad. New York is more the correct video size.

Right now, the video is rendering (three days to render!). 1500 frames for just a little over a minute of animation. Well, you gotta understand the detail I put into it. I could have spent another 30 days tweaking but I felt like I had to have a cut-off. Moving forward, anything I work on will not go past 30 days if it’s less than 2 minutes or so.

I’ll do a wrap-up blog on my thoughts on the finished product. It’s Friday night right now. Two days before Halloween. It’s on Frame 1001 right now. I expect it to be finished Saturday night (if not the afternoon). Need to edit and (more than likely) re-render a few sequences I saw errors with.

I would say “I think you’ll like it”, but the trick here is I need to like it. Coming off a long train of hating what I do.