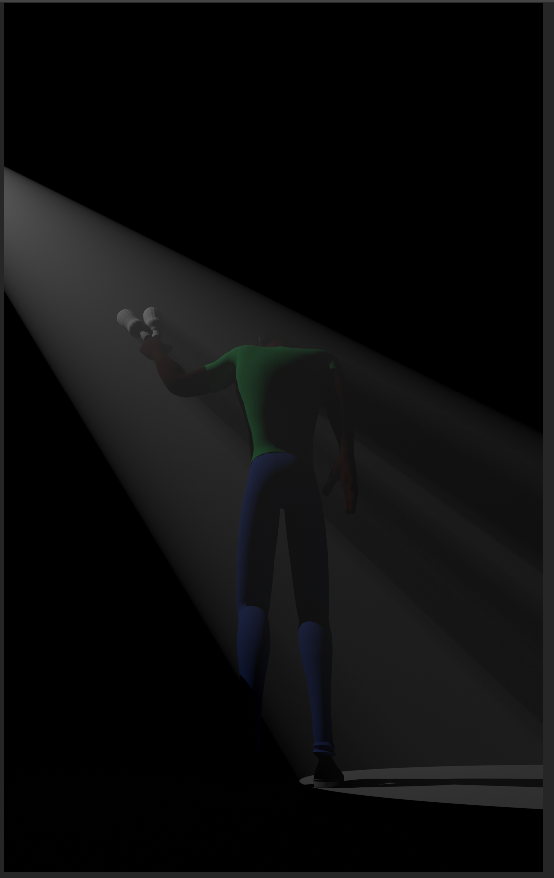 I’ve got to point out something I’ve noticed but never acted on until now.

Let me first address that the recent ‘New York, New York’ animation is doing well on TikTok for my first video (although really second, if you count the Shaolin Max test upload). As of this writing, just over 2,201 views and 40 followers. Not bad when you think I have things currently on Vimeo and other sites that got, maybe, one (1) view over six years. If you think that sounds pathetic, you’re right.

The internet is not the same as when it was pre-2007 (conveniently the year Facebook was established). Prior to 2007, as far back as 2000, I could put a Flash video online and it would naturally become viral (proof: The N-Word). It spread to everyone’s emails and I hit 600,000 viewers before the term ‘viral’ was coined.

Right now, in order for anyone to get anyone to view your work, you mostly have to pay for it. Promote or boost your posts. That kind of offering is on all the majors including TikTok. The way it goes is, if you did a video and posted it online, you ‘might’ get a little under a hundred views but with everyone in your city, nation, country, and planet posting something at the same time, you can’t be seen immediately as everyone else so you get pushed down the line. Yeah, so back in 2000, when all we had was email and websites to focus on, it was easier to get noticed.

To compete and be seen, you boost your video and for 20 bucks here or more, your video gets more exposure. This and straight-up advertising is where these social media companies make their endless cash flow.

Additionally, the hampering strategy in the past, at least for me, was posting on ‘industry level’ sites more often than places the general audience was. I mentioned in this post that I’m not animating for professional animators anymore. That search for a professional’s approval. The work I do is for, well, for ‘me’, first … and to entertain the non-animator, general public. Along the way, It’s my responsibility to bust my ass to be better.

That’s the thing with Vimeo. I’ve had a profile there for years and, only because of the Facebook and TikTok spread, people are starting to see the old stuff. So how can something be out there for six years and only get one (1) view? Easy … when Vimeo, YouTube, and others like it ‘put you there’ to be unseen.

So yeah, now they have all sorts of ways to take your money: want to see stats? Pay a fee. Want to get more exposure? Pay a fee.

On one hand, and I think I mentioned this about Blender’s Cloud service: I totally get the idea of paying to play. At this time in my (career?), I’m ready to produce something for entertainment value and, like a producer needing a distributor, paying for wider eyeballs makes sense because, guess what, I actually have a battle plan. These musical animations are serving an incremental purpose that I envisioned years ago. I just didn’t have the talent, patience, and mental capacity at the time.

Yep … each and every video I’m working on is part of a strategy. An establishing strategy, if you will.

You would think: Oh, he’s doing this to make a portfolio to get hired by some studio.

Let me stop you right there.

The short answer is: Nope.

The longer answer is: I outgrew …and became sufficiently too old for … the need to want to work for Pixar, LucasFilms, Blue, Blizzard, etc. All of them. In the past, I would have LOVED to send my work and see my name on the credits to a major film or video game.

But I took so long to craft this off and on skill to my personal liking and understanding, I’m no good to a ‘team’ environment. I can’t see myself ‘working’ this thing I love as a job for someone else. With deadlines??? Aww hell no.

But I can work for myself. I can hire whom I need to build ‘my’ team when that time comes.

With every ‘like’ and follower that enjoys the work, I’m building a foundation. A ‘brand’. Carefully crafting each clip while perfecting what the hell I’m doing skill-wise. lol.

The end goal: my own studio with concepts heading to Netflix.

Yeah, so, I’m not the one to ‘join’ an established studio. I don’t join people wanting to do ‘whatever animation’ and I absolutely will not freelance.

I have a very good day job, I put myself on cruise to get my art done on my schedule. I am sweetly in a good, and getting better, place with my animation.

New York was put together from the heart. The next and all following animations are lovingly worked on to make someone smile, laugh, thrill, dance, cry … all of the emotions. I couldn’t possibly see myself working for that goal in a studio of 100 other animators and all my part is in the machine is to make the character walk across the room.

This is what happens when you self-teach yourself anything.

You actually get a mind of your own and your art will be different. Unschooled. Un-ridged. Not many people will like that.

Fuck ’em. The audience likes it. That’s the focus.

I spent much of the day starting the next animation: Bad Boy’s Flava in ya Ear. A clip from the start of the song. Mostly setting up the scenes, references, necessary objects, etc.

I wanted this one to be a little moody so I went to work on the lighting before I started any animation. The clip is, like, two parts. First, you’ll have Puffy clinking the bottles ala ‘The Warriors’ and then you have Biggie’s track. I wanted the lighting around both of them to have a club-like feel. Pulsing lights to the beat. That sort of thing.

So, volumetric lighting is involved and it’s starting to come around. 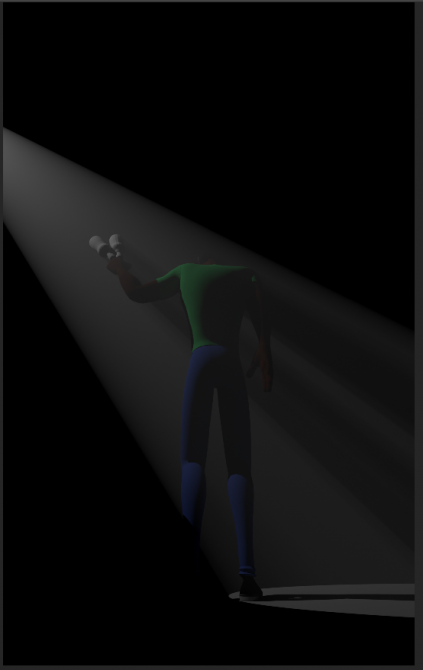 I’m using David for this one and Chubby (of Course) ….

I would set the start time on this project as November 1st (yesterday) and, as before, try to finish this in less than 30-days. In fact, I’m shooting for two weeks. Not including rendering.

When it comes to rendering, I’m outsourcing. I’m looking into RenderNow (https://rendernow.net/maya/). Three days to get New York finished was excruciating. With me using volumetric lights, I might as plan to wait a year for it to finish rendering. So, halfway in, I’m going to try to send some files to them and see the results.

As mentioned, the goal with project #2 is to clean up the mistakes I made in project #1. Oh lord there are so many issues I have with New York. The eyes are going everywhere. There is a gimbal lock situation in one of the last sequences. Some floaty issues with the head. Lip syncing issues, on and on and on and on. I see them all. I personally hate it. I’m positive there are professional animators out there cursing me for the crap I posted.

But … as of this sentence, since I mentioned it above, TikTok is showing 2,256 views and one more follower for the New York video.

As of right now, my branding strategy is working and I have to make each one better for my personal sanity regardless of what the audience doesn’t see.

Flava In ya Ear Animation Progress