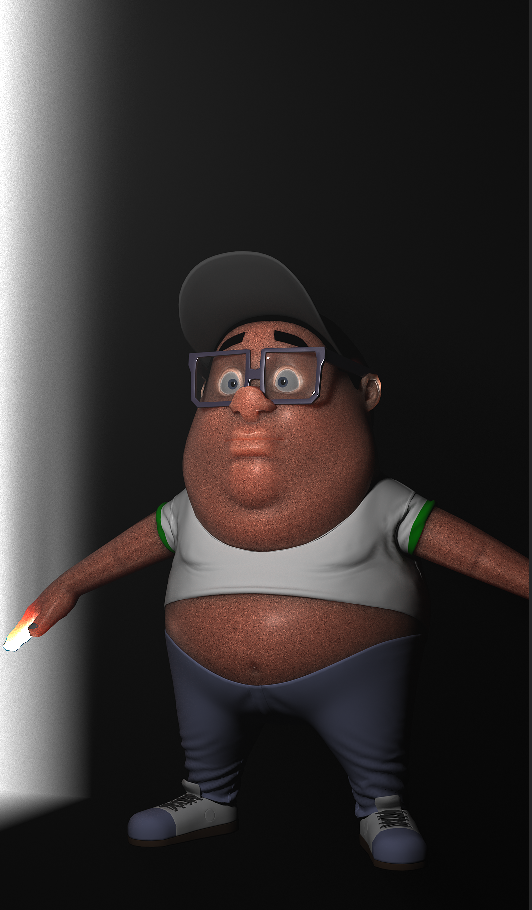 Currently, the ‘Flava‘ project is steadily proceeding in motion. Better than most years where you can find me watching Netflix and doing zero animation at all.

By the way, I just caught a really cool trailer for an upcoming series called “Arcane: League of Legends” based on the game:

So, even though I plan to watch it, I’ll still be working on my own stuff. I’m trying not to be extensively lazy about getting things done this time around.

Some other insights I had recently: I am done looking at the “New York” animation. Every time I look at it, my stomach turns. The countless errors in it haunt me and I can’t believe I released it to the world in that condition.

This isn’t to say that it’s not being well received. It’s just, personally, my inner voice is cussing me out for releasing faulty animation. On that topic of inner voices, I highly recommend viewing this video:

How to silence your inner critic: Embrace it.

I’m totally my worst critic and the struggle is 90% of the reason why I worked on animation once every few years. Even now, I’m tearing apart the work on one project and wondering if I should even do another.

But that’s the thing. If you watch the video, she talks about how your inner voice is trying to protect you in a warped kind of way from childhood wounds that may not have ever healed.  She recommends we confront that voice and push forward.

Thus, I’ve been working on the next project but I really have to view the last one.

The viewership of “New York” is very telling on who is watching it. By and large, white, middle-aged-to-senior men and a lot of women.

I posted it first in an African-American Animators group on Facebook and it was largely ignored.

Honestly, that group posts mostly BS memes unrelated to animation so I’m not surprised. Also, African-Americans are traditionally unsupportive of each other’s work unless it’s a brand name, sex, lies, and drama-related. The same argument I had about street-lit when I wrote those books a few years ago. Unless it has sex in it and some sort of drug-related theme … or alternatively some sort of whining Stella’s got her groove back motif … only those two sides of the spectrum only … a lot of art/writing material is left out in the cold in the Black community.

Then your back is against the wall because you know the White community will only go so far in embracing a Black artist that isn’t a basketball/football player.

You can easily get caught up in the tug of war of ‘support’ and I gave that fight up after ‘Family in Savannah‘.

When I write, it’s for my own benefit of telling the story and not to please any particular market or race.

The same goes for the animation process. It has to be this way because I’ll be up all night wondering why ‘my people‘ show little interest in my work … then when I turn around and do, say ‘Flava in ya ear’, and it’s well-received by the Black community and zeroed out by the mainstream, I’ll be edging toward selling myself out in order to get attention.

So, to settle everything and my sanity, I have a full laundry list of projects with the sole purpose of checking off my life’s bucket list of ideas because ‘I’ want to see them realized for me.

Like when I wrote the books. I have so many online friends telling me how ‘one day they are going to write a book‘ whereas I can proudly say I wrote and finished three.

Same with animation. Lots of people saying they want to get some work done. Not starting or finishing anything. That was my crime on various topics too and the last thing I need is to have an inner battle about which community to serve my work to; only to cancel myself out.

The art is for me. I’m to release it and move on to the next one.

Whoever likes it, from any and all races: thank you for watching.


Flava in ya Ear Progress

Flava In ya Ear Animation Progress